How to Handle a Disappointing Report Card

Home/Misc/How to Handle a Disappointing Report Card
Previous Next

How to Handle a Disappointing Report Card 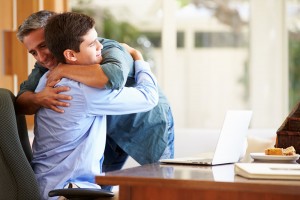 The school year is over and by now you probably know your teen’s fourth quarter grades. It’s been a long year but now the whole family can breathe because it’s over. As you look at the last report card you might be thinking:

Grades improved but less than expected.

Grades and attitude both need improvement.

Grades stayed the same but attitude and effort improved.

Some grades improved but others dropped.

Your student failed even though they worked hard.

When you look at your teen’s report card and don’t see the grades you hoped for remember that grades don’t define a person. Grades do not reflect one’s intelligence. Obviously grades do matter in school because they affect GPA which matters when students apply to college or university. However, there are several other factors that determine a student’s success in school such as passion, creativity, emotions, etc., and it is important to address them when reflecting on a report card and the school year as a whole. How parents handle the results of the last report card could greatly affect the student’s next school year. 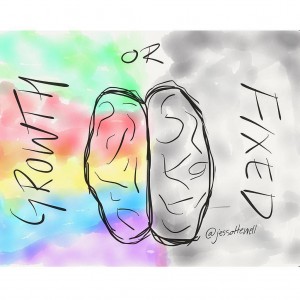 Intelligence is not fixed! It is important that parents get this message across to their students. Some people believe they are just never going to be good at math. You might hear them say, “I am not a math person.” You might hear those who have not had success in English say, “I am not a writer.” This is a fixed mindset and in order to help teens succeed we must teach them how to have a growth mindset and encourage them to learn from disappointments such as low report card grades. Don’t let them give up on any subject! We can all learn anything we want to but the way we learn is different and need to recognize how that affects us.

Failure is an option! Having setbacks are a good thing! I know as parents we don’t want our kids to fail. We want to protect them. However, sometimes they don’t do as well as they wanted and it’s ok because it gives parents an opportunity to teach their teen how to learn from failure. Ask them what worked and didn’t work this school year. Talk about what they want to do different or the same next year to be more successful. Make some new strategies. Focus on learning from the situation rather than concentrating on their abilities.

About the Author: Melanie Black

Melanie Black is a trained Academic Life Coach and mindfulness educator. She is passionate about helping others and learning all she can in the process. With ten years of experience in the field of education, she is determined to help students succeed in school and life. `` One of my goals is to continue to be a humanitarian who helps our local community. I am passionate about my relentless pursuit of knowledge and desire to help others.``

It's never too early to help a teen prepare for college!

Do you know a teen who could use your support? Do you wish you had access to the tools that can actually help you help them? Students are under a tremendous amount of pressure in this age of standardized testing. With the rising cost of higher education, they need all the help they can get in order to make every college semester count!

Arm yourself with tips, techniques, and strategies that you can use to give your favorite student the help they need.

As a subscriber, not only do you get regular newsletters with a wealth of information you can use to help your teen, but for a limited time, new subscribers get a free download link for my e-book
ARE TEENS MENTALLY PREPARED FOR COLLEGE AND UNIVERSITY?